Improved living through the application of oil and acrylic

A solicitous men’s outfitter might describe Edward VII as having had a ‘husky’ build.  His most enduring invention appears to have been leaving the bottom button undone on his waistcoat.  Looking at this statue, the inspiration for this becomes apparent.

Bertram Mackennal carved a look of anguish into the face of the horse Edward is sitting on, as if it were holding up an intolerable weight.

I had some difficulty getting the aiguillette on Edward’s shoulder quite right, but then I got a close up look at an identical model, being worn by the doorman at the Intercontinental Hotel, Melbourne. 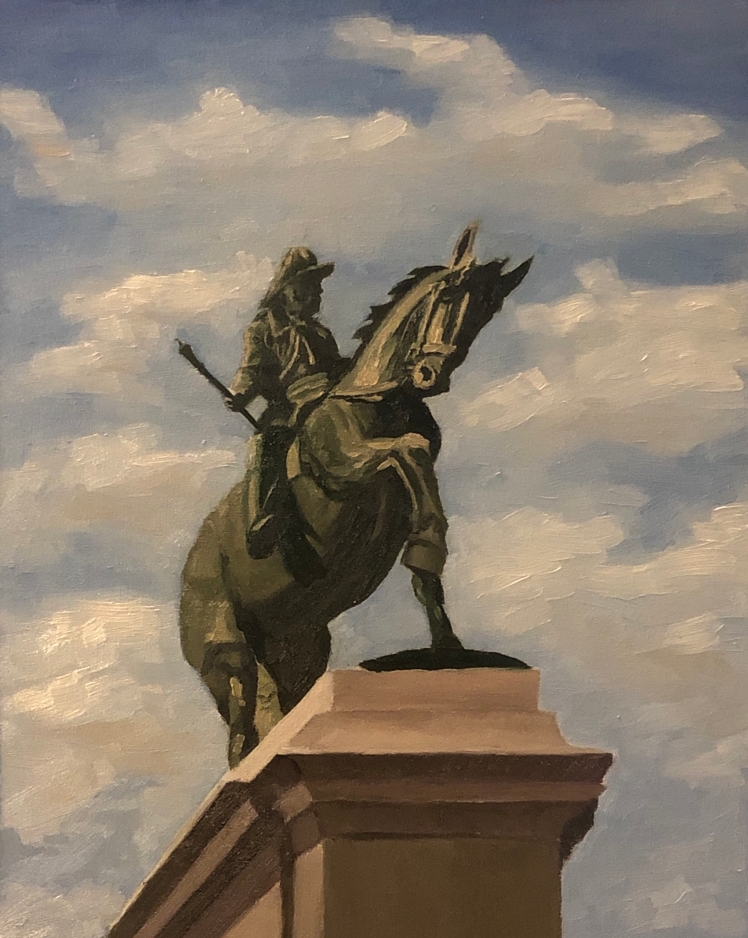 I saw this corbelled arch whilst walking to work in the dark (that’s right, poor me).  Like most of us, I prefer a true arch that efficiently transforms its tensile stresses into compressive stresses, however I liked how the cantilevered lintels caught the porch light.

Each incomplete lintel appears to be yearning to complete its destiny and span the entire arch, and has been so yearning since (I guess) the 1930s. 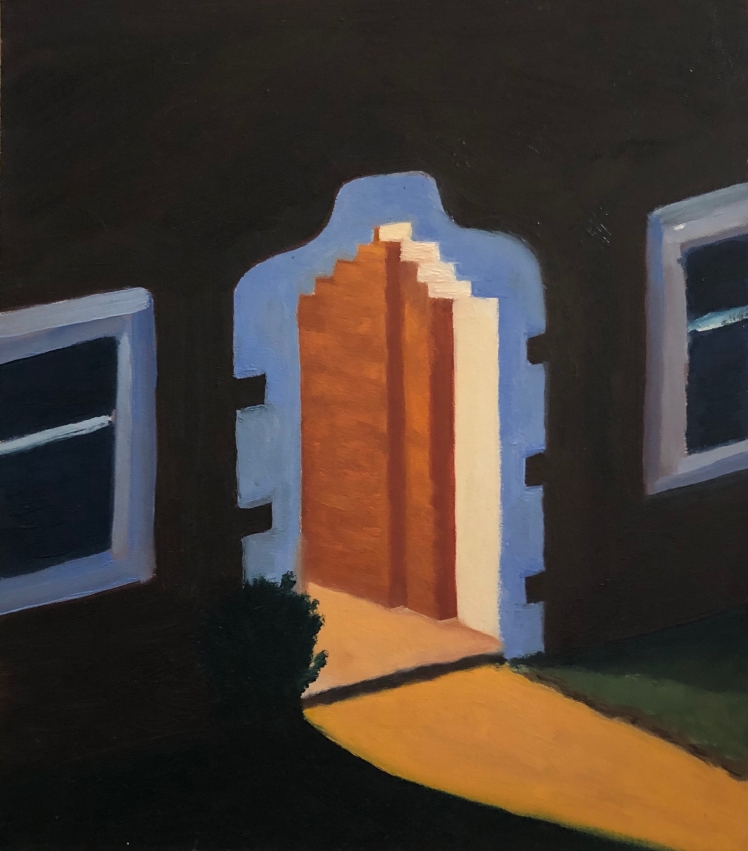 If you can look past the crowds, the effluent, and Campbell Parade, Bondi Beach is every bit as blue and gold as you could hope for a beach to be.  The Bondi Icebergs Club is at the southern end.  Its sea pool is a sparkling sapphire.  This is what it looks like from the Club balcony: water ring-fenced from the infinity of the Tasman Sea.

Why is it that unfinished sketches or the opening strokes of a painting often look better than the finished picture? Is it because viewers gets to fill in the details for themselves? 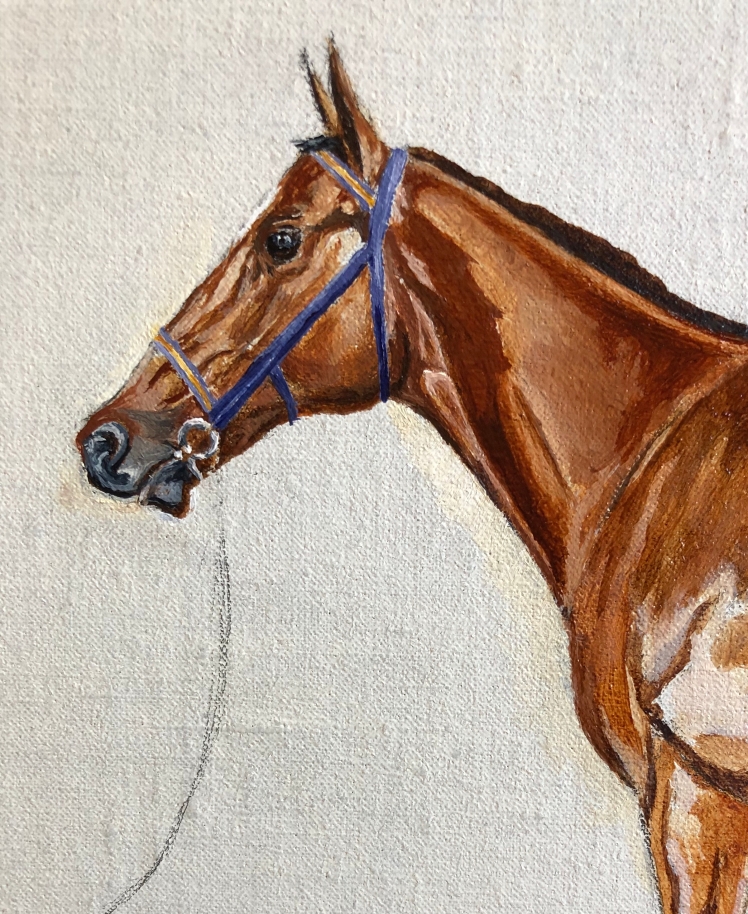 It is hard to believe that the original possessor of this flat stomach and bulging upper body has been dead for more than two thousand years.  Golden lads and girls all must, as chimney-sweepers, come to dust.

This is my version of a Hellenistic bronze of a man (no, really), dating from mid 2nd-1st century BCE, currently on display at the Met.  I understand it is on loan from Shelby White.  Maybe she couldn’t fit it in her lounge-room,  but I doubt it.  Whatever, the loan is a startling act of generosity. 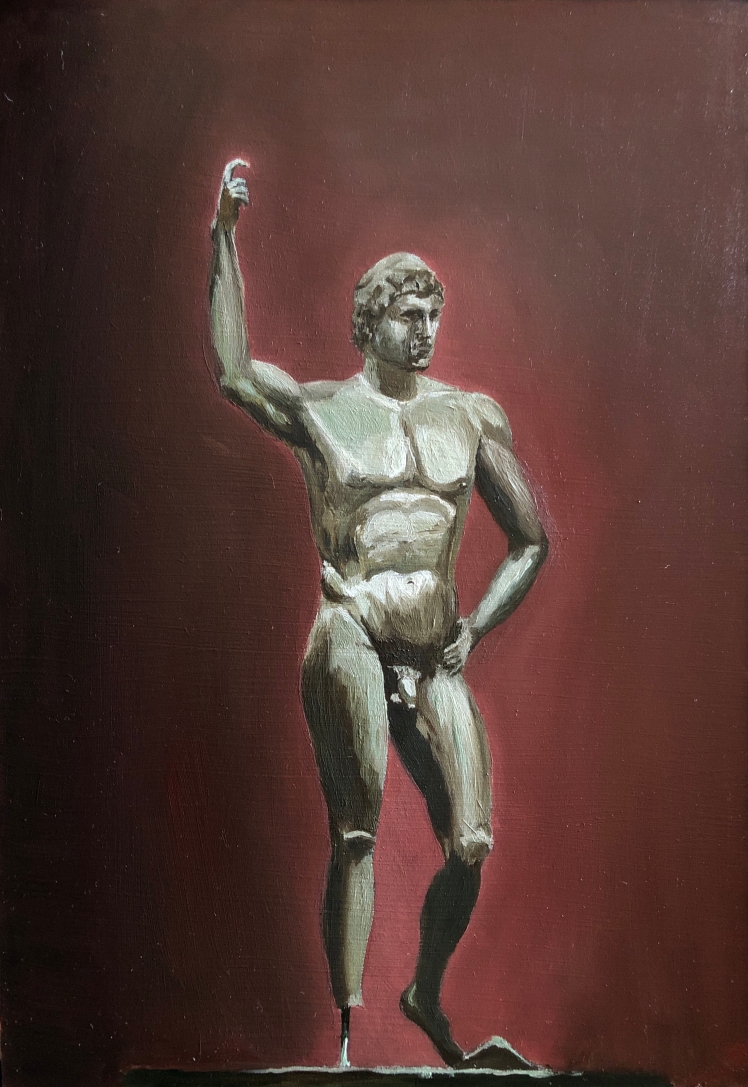 I tried to paint the smallest picture of a wine glass I could.  Here it is – 8 by 6 centimetres.  It is not wine in the glass, it is red food dye.  I suppose, therefore, this is not a wine glass, rather it is a food dye glass.  Or should I go by the original intent of the maker rather than the current use?  Antonin Scalia, where are you now? 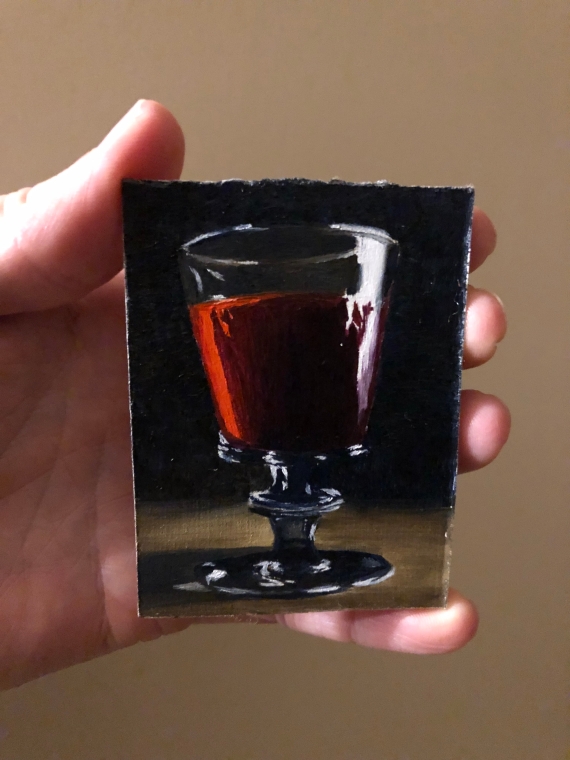 American graduation rings are such a boisterous expression of confidence and optimism.  I love them.  This is the sort of ring Henry VIII would have worn, had he attended Arkansas Agricultural and Mechanical College. 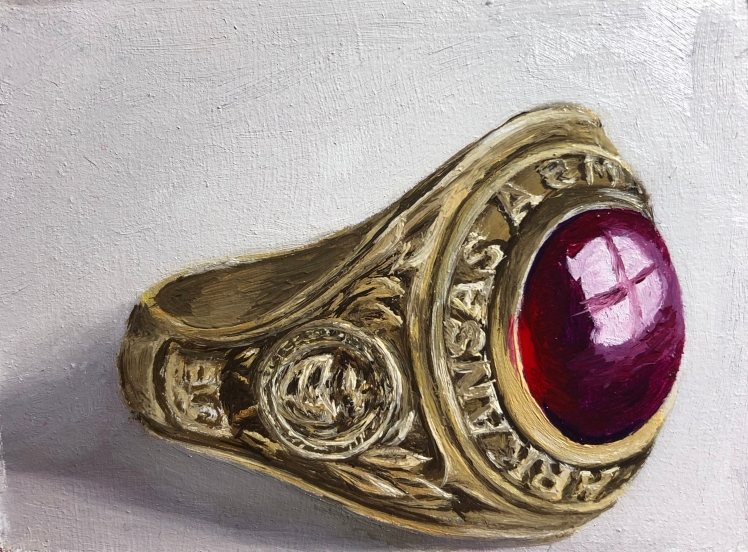 … And waste its sweetness on the desert air.

This is a sleeping hibiscus next to my favourite coffee pot.  I like the coffee pot because it shines; it makes terrible, gritty coffee.

The sleeping hibiscus is a beautiful flower that is so named because it looks like it is going to open and never does.  It is like a brilliant schoolchild who plays within her or his limits, destined to become a ‘mute inglorious Milton … to Fortune and to Fame unknown.’ 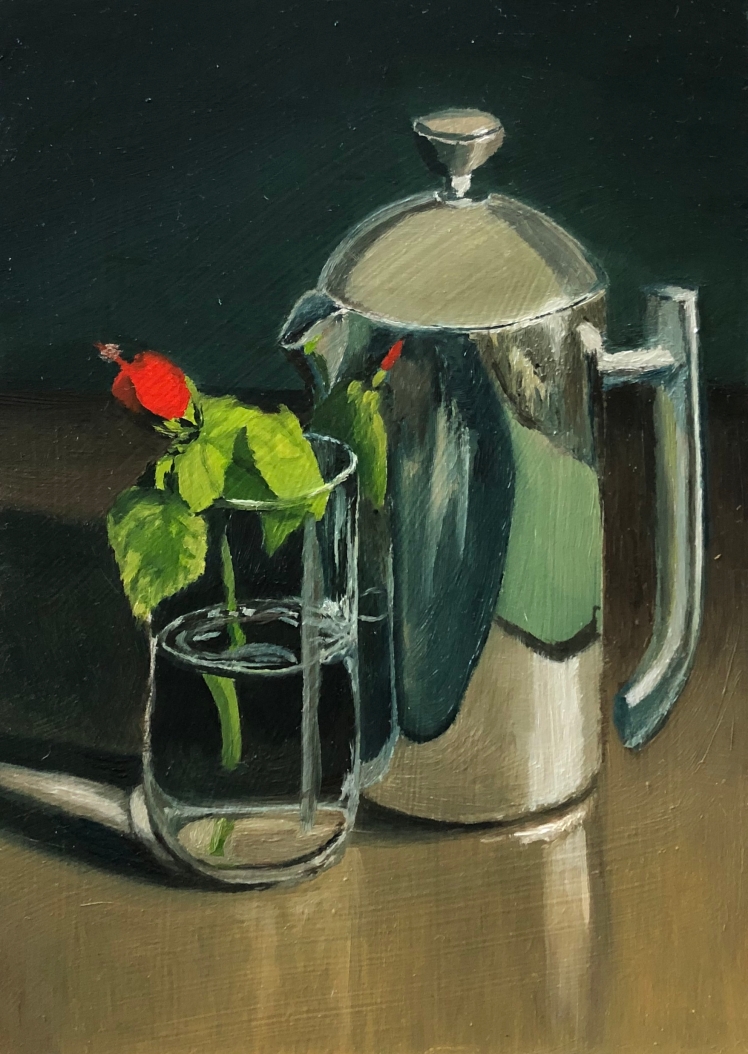 I don’t know much about art, but I paint what I like